What Does It Mean that God Is Jehovah-Jireh?

Jehovah Jireh, which means “the Lord will provide,” is one of the most popular names for God. We need to return to the tale where we first hear this name for God in order to better understand it. The term Jehovah-Jireh is used throughout the Old Testament in relation to Abraham’s story.

From the New Testament, it is abundantly clear that Abraham’s willingness to give up everything for God as a result of his faith. We read in Genesis 22:1-8, “Abraham arose early in the morning and went out to the place where he had been instructed to offer his son as a burnt offering. As they were approaching the site, Isaac asked Abraham, ‘Where is the lamb?’ ” Abraham replies with great confidence and insight, “God will provide the lamb for the burnt offering himself; my son” (22:1-8). According to Hebrews 11:19, Abraham believed God would resurrect Isaac.

Because of God’s gracious provision of a substitute for Isaac, Abraham names the location “Jehovah-Jireh.” Immediately after that, God reaffirms His agreement with Abraham (v 17). King Solomon would construct the temple in the same spot eight centuries later (2 Chronicles 3:1).

Jehovah-Jireh in the Bible: Abraham and Isaac

God gave Abraham a new set of instructions: “Take your son Isaac, whom you love, and sacrifice him on the mountain I will show you” (Genesis 22:2). In Hebrew, the word sacrifice implies a whole or burnt offering.

Many readers could face questions and difficulties with this passage. The very essence of this direction appears to conflict with other well-known facts about the Lord.

While the “binding of Isaac” passage or the Akedah is read during every Rosh Hashanah (Jewish New Year) service, it is “by far the most difficult section of the Torah,” according to The Complete Jewish Study Bible.

When we take a closer look at the account, however, it soon becomes apparent that this isn’t the case. The reader may come away with an unpleasant impression that God was leading Abraham on an emotional runaway chase.

Abraham went to a secret location to kill his son, but God prevented him at the last moment. Then Abraham spotted a ram trapped in some thistles, slew it, and named the area “Jehovah-Jireh,” or “The Lord Will Provide.” Why would God do this?

But that interpretation tells more about the reader than it does the text or God himself. The faith demonstrated by both Abraham and Isaac is one of the most important things missing from that analysis.

Scripture doesn’t go into much detail regarding Abraham’s and Isaac’s private thoughts and emotions in this narrative. However, Hebrews 11:19 informs us that Abraham had a good understanding of God’s character and power to trust that if God took Isaac at that time because of all of God’s other promises about Isaac, Abraham was sure God would keep His promise.

As we continue our search for the meaning of “Jehovah-Jireh,” we must understand that this is not just a story about a sacrifice. It is a story that takes us back to the beginning of The Old Testament, which unfolds as a “story of redemption” that is still playing out today.

The Meaning of Jehovah-Jireh

In Genesis 13:4, “God will provide” is the name Abraham gives to the place. The term there is more colorful than our English word implies.

Abraham calls God Jehovah-Jireh when he says, “God gives the necessities!” He is not just indicating that God provides. He’s expressing how you see/experience all of my needs and make provision for them. It has a strong personal feel to it.

Provision for all time. This passage of Scripture is one of the most straightforward prophetic foreshadowings of Jesus Christ’s work. God not only provided for Abraham, but He also provided his son in order “that whoever believes in him may never perish but have eternal life,” (John 3:16).

God wonderfully met the bigger issues, such as eternity, but He is also present in the “smaller” ones.

Provide additional information on a daily basis. The narrative of Abraham and Isaac immediately shifts to genealogy data after. It is strange to read after such a powerful event. However, the genealogy data informs us that even though Isaac was still a youngster, God had already planned for his future wife since her family figured in the lineage.

God had a plan for Isaac’s family and knew what he needed beforehand. When Isaac was approaching 40, he was meditating (praying) in the field, and his wife Rebekah came to him. And the Lord gave Isaac a love for the young woman who would become his wife. The two became part of Christ’s lineage as a result of their relationship.

The Lord had made promises to Abraham about this young man, including that he would have a son and inherit the land of Canaan. Not only did God provide for Isaac’s existence, but He also guaranteed his future as part of His promise to bring Christ into the world.

God Provides – He is our Jehovah-Jireh. God Sees. God Is With Us. It is His promise and character, as well as His name. 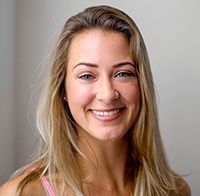